This is a special guest article written by the deputy head of a local independent school in the UK.  The school is fairly old, and was built in the 1800s, so it has some interesting history that we wanted to share.  This is the story of how these school organisers transformed a dingy underground space into a chillout area for the pupils with a basement conversion. 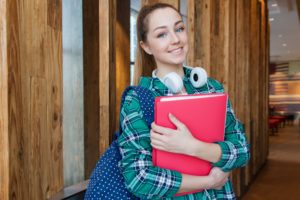 We love our school and we love our pupils, but the reality is that both come with their own set of issues and complications.  Now as teachers, we like to think that we are properly equipped to handle the later, although most of the time we are still trying to figure it out and will more often than not make it up as we go along.  But with our school, there is definitely a bit more careful planning involved.  The idea to do an underground basement conversion and turn one of our underground storage rooms into a student hang actually came from a student, which comes as no surprise, since they are full of great ideas.  What started as a casual musing quickly snowballed into a fully fledged idea, and before we knew it the builders were in and the renovations were taking place.

Why a Basement Conversion?

The idea behind a basement hang out is actually genius, which is probably why the idea took flight so fast.  Firstly there were a few practical aspects to it, for example the old store room was rarely used, and housed old desks and chairs that had never seen the light of day in over 30 years.  Secondly, the old student chill area was a bit run down, and was frequented by students of all ages.  Not that we are ever keen on segregation, but we agreed with the students that a common room for the older students only was actually quite a good idea.  The space was a good size, although access was down a set of old concrete stairs, and there were only a few windows high up on the walls that were blacked out.  The kids liked the idea of an underground hide out, almost like, dare I say it, a night club, and we thought what’s the harm in that. 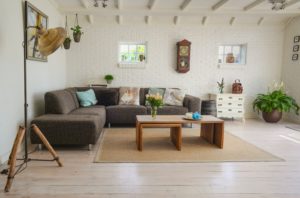 Let’s Get to Work

So the kids liked it, we liked it, the local authorities liked it, so off we went.  The first part of the project was the strip down.  It needed a few major things implemented into the room, like fire safety, banisters on the stair, new ventilation, and new windows.  But once this work was done, the fun part could begin.  The student and the staff actually worked together to design the space.  All the designs and furniture were chosen by the students themselves, with staff helping them to make good decisions, as usual.  The kids were given a budget, which of course they contested, but they managed to meet everyone’s needs and watching it all come together was very satisfactory indeed.  We now have a great space for the older kids to go and get away from it all, and it is proving very successful.

Are Schools In A Crisis?